Yeongwonam, which is placed on the highest peak of Mount Seolbong from Jin Mountain Icheon, is the typical old temple in the district. From the Yeoji book written in the 36th year of Chosun King Yeongjo and the map of Icheon-gun it is known as Bukak temple but later was changed to Youngwolam which is now part of the Jogye order. During the construction of Yeongwalarm, about 1300 years ago, in the regime of King Munseong, the 30th King of Silla, Haedonghwaeom bell was established but there is no written document to prove its authenticity.

However, Seokjo Halo and Yeonhwajwadae and the Stone building three storied pagoda prove that these works were constructed in the mid Goryeo period. The armful ginko tree stands in front of the temple, aged around 600 years, and there is a myth of the great Naong priest who stuck his cane in the ground and later it grew during his stay in the temple. On July 7th of 1988, the tree was preserved to be the traditional sight. 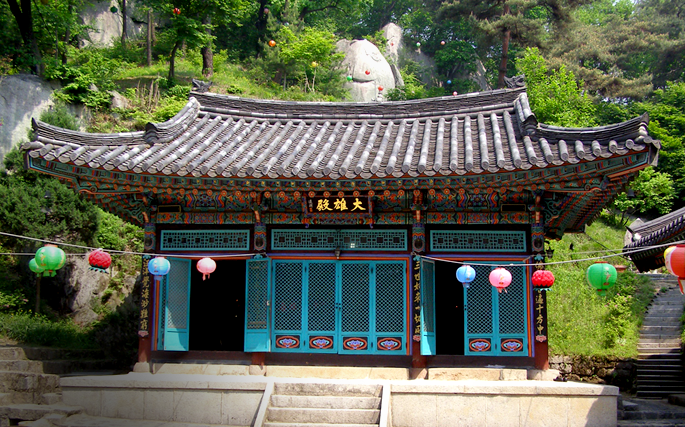