This tomb, remains of the prehistoric age, is located on the ridge between rice fields about 10m right from the ramp of the village of Jiseok-ri. This dolmen has the figure of a table with a placing cover stone on top of the chamber and based on the villagers, the relics such as a stone knife and a stone arrow head were dug out but there is no trace. Usually the dolmen is predicted to be the tomb of a chief of a tribe from the bronze war age, as this proof creates high possibility that the area, centered on Jiseok-ri, was the settlement for small or large tribes in the prehistoric age. 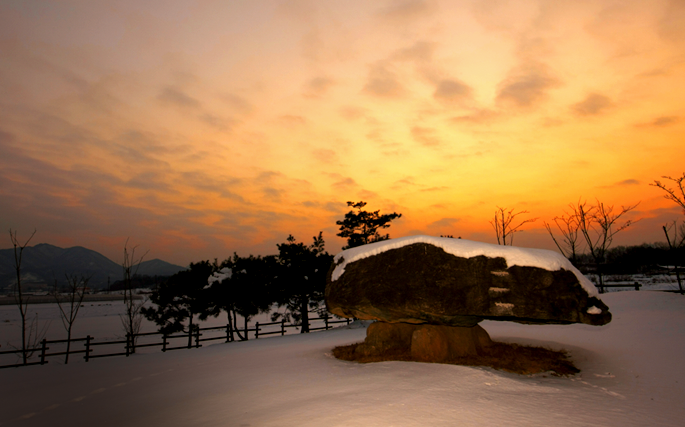