It was originally placed in the Yaksajeon which is on the right side of the main building of Yeongwon temple. In 1985, when the new Yeonhwa pedestal was built, it was moved to the present location. The head part above the neck was also constructed in recent years. Presently the height of this Buddha image statue is 118cm, shoulder width of 71cm, knee width of 105cm, and the height of the pedestal is 94cm. The newly constructed head has gray hair, the balance matches, and both ears are hung down till the top of neck.

In the record of Yeongwon temple, Haehong Zen master found the temple (638) and placed a Yaksa Buddha pedestal under the Sumaho stone. However, the expression method shown by this Buddha image statue makes it hard to believe that this statue was made during the period of the Three States or beyond the time. 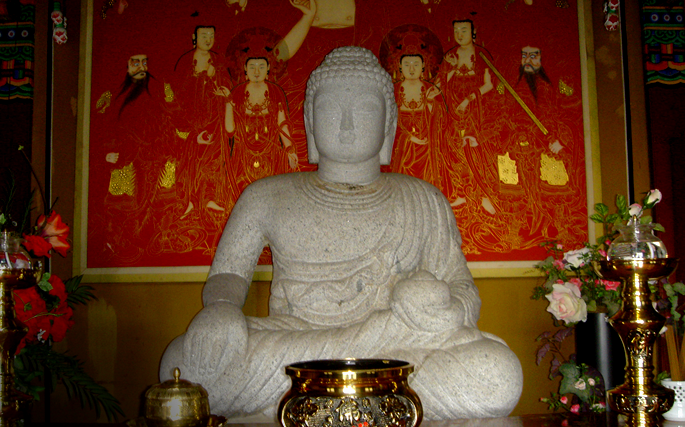