In the end of Shilla Dynasty, Dosun planted five trees including here, Hamheung, Seoul, Gangwon-do, and Geryong Mountain, and called it “manryongsong” in the book of Okmyeongjabigyeol. According to a story, King Yi tae Jo was born in Hamheung, Young Jo in Seoul, and Jeong Gam in Geryong Mountain but the tree in Gangwon-do died.

There was a rumor that some great person would be born here. So Sins’ family settled here. Historically, there were a lot of people who passed civil [literary] and military arts exams and there were a lot of people who passed the Higher Civil Service Examination. In the book Taekriji, which was written by Junghwan Lee, the name of tree was called Banryongsong (a tree that looks like a dragon) if there is a Bokgeoji under Wonjeok Mountain. It is also called Yongsong (a dragon pine) because the old people thought the tree was a dragon who would fly up to the sky. It was also called Manryongsong because of their similar pronunciation. This tree is very weird and wonderful because those people who take the bark of this tree will die from syphilis. 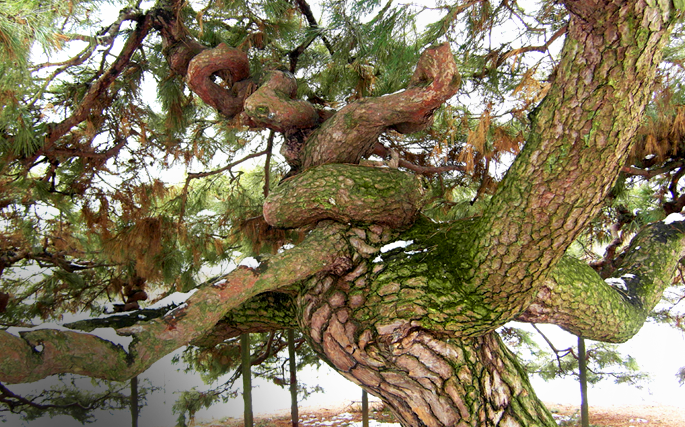