It is called Jeomyungsan. A son was gathering Seoki mushrooms on a cliff to cure his mother's disease when he suddenly heard a wild boar so he climbed back up and found out that his rope was nearly cut off. Ever since then it has been told that the mountain spirit saved the son's life so it was called Dotuleumsan (pig crying sound) then later changed to Dodeuramsan.Its height is 349m and its main ridges are made of rocks so you can feel exhilarated when climbing it. A complete view of Icheon can be seen from the 3 peaks near the highest peak. 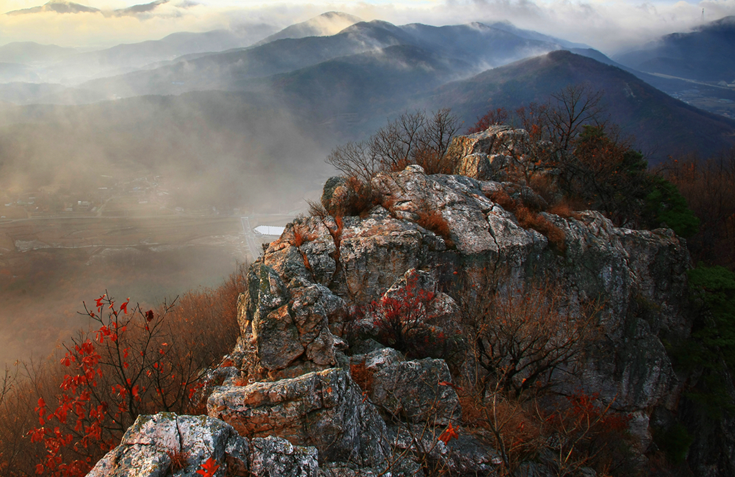